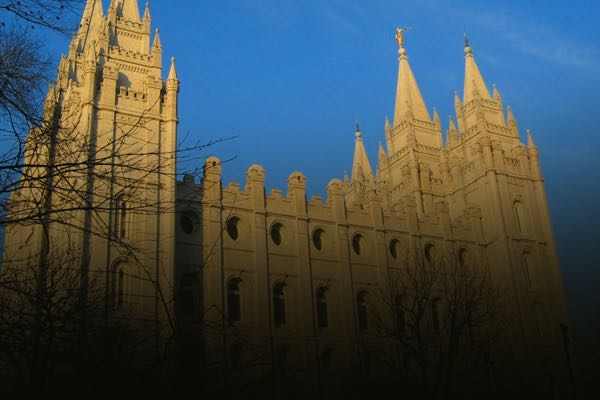 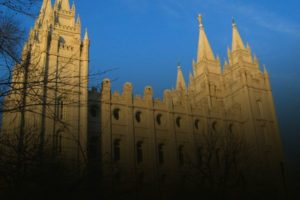 My Friend, Eric Johnson has been an important source of information for many years. With the heart of an evangelist and a true love for Mormon believers, Eric moved his family to Utah and devoted his life to reaching Mormons with the truth. He’s written a number of great books to help Christians reach their Mormon friends and family, but his latest is unique in the field. Mormonism 101 for Teens: The Religion of the Latter-day Saints Simplified, is the very best resource you can get for your students. Eric was kind enough to do a short interview about the book:

J. Warner: There are lots of books out there describing the nature of Mormonism, how is this book different?

Eric: Indeed, there are plenty of other books. In fact, MRM founder Bill McKeever and I have written three books on the topic of Mormonism, including Answering Mormons’ Questions (Kregel, 2013) and Mormonism 101 (Baker, 2015). However, these longer books of 300+ pages can be very intimidating for many, including youth. Mormonism 101 for Teens cuts to the chase in a little over 100 pages, dealing not only with doctrinal differences but also practical issues such as answering questions such as “Is it OK for a Christian to date a Mormon?” and “If I get invited to a Mormon church service, is it OK if I go?” I don’t know of any other book that deals with this information or is aimed to present the issues as simply as I have tried to do.

J. Warner: What in your practical experience led you to see a need for this book among teens?

Eric: I taught teens at the high school level for almost two decades, as I served as the Bible Department head at Christian High School in El Cajon, CA. One thing I came away with my many years of experience is that 1) most Christian teens are not dumb; 2) teens don’t like to be hoodwinked and are looking for reality. And having taught juniors and seniors who were just one step away from college, I learned to appreciate the need to have the teens take ownership of their own faith. If handled wrong, they can be very suspicious of adults, and they are insulted when things are dumbed down. At the same time, they do want things simplified and not have a well-meaning adult talk over their heads by using seminary language and stretching concepts. There’s a healthy medium. Thus, I want the reader to understand that Mormonism 101 for Teens simplifies the religion of the Latter-day Saints but doesn’t dumb the information down. They will still need to utilize their critical thinking skills in this short book, but if they do, I think they will better understand the mindset (worldview) of their LDS friends, classmates, and relatives. Instead of just throwing their hands up in the air and saying, “Mormonism is a dumb religion,” my goal is to have them analyze Mormonism from a biblical worldview and see if this religion stands the test of truth. If this religion is not true, then it is vital for everyone to say away. But a major emphasis in my book is explaining the importance of doing all of this apologetic work in gentleness and respect.

J. Warner: What are some of the unique issues about Mormonism that teens need to know?

Eric: First of all, the Christian teens need to know the basics of the Christian faith, such as the Godhead, authority (including scripture), salvation, and other fundamentals. They cannot properly contrast any other religion with their own (hopefully with a biblical Christian faith) until they have a grasp on these issues. Second, they need to understand that, while they may appear to be strange concepts to the average Christian, Mormon doctrines are accepted unquestionably by the faithful Latter-day Saint. For instance, consider the idea of pre-mortality and the belief that we all existed prior to this life on earth as spirits in Heavenly Father’s spiritual kingdom; many Christians have no idea that Mormons believe this. Or how about the idea that men may become gods in the afterlife. Of course, the Mormon will use Bible verses to support these ideas, but when these verses are examined, it’s not hard to show how they have been taken out of context. In Mormonism 101 for Teens, I try to show by example how to properly interpret common LDS proof texts. Finally, I think Christian teens need to know how to share their faith in a loving way. A whole chapter in the book is dedicated to this topic, as well as answering questions such as “why do many Mormons who leave the church head straight to atheism?” I love the enthusiasm of Christian teens who come to Utah to do missions work, as my family has hosted several different teams from schools and churches. When they discover that Mormons are nice people but may not know how different their religion is from biblical truth, it excites them to learn how to be an effective witness.

J. Warner: How does your book specifically prepare teens to interact with Mormonism?

Eric: Each chapter deals with a certain issue, such as what makes Mormonism attractive to people and what is believed about their founder (Joseph Smith, Jr.) or their scriptures. Understanding just what Mormons believe is vital to being able to interact with them. At the beginning of several chapters in the book are vocabulary lists so the reader can understand how a Latter-day Saint understands “God,” “salvation by grace,” and “baptism for the dead.” I find that understanding what is meant when similar Christian words are used is vital to being able to show the differences between our faiths. In the appendix section, questions such as “what is bad logic (logical fallacies) and “what are the seven most common questions your Mormon friend might ask?” are answered. Getting a broad overview on Mormonism in just 116 pages will help the Christian teen to better engage and have a more fruitful conversation. And, best of all, I think learning more about these things may help the Christian teen to be better aware later in life if, by chance, dating a Mormon becomes reality. This issue is a whole chapter in the book, as I can’t tell you how many times I have seen faithful Christians later abandon their Christian upbringing when they marry Mormons in the temple. Inoculation is not a bad thing at all.

Eric serves with a living legend in the field, Bill McKeever. Together they have written some of the very best resources on Mormonism and their Mormon Research Ministry website is a treasure trove of information. I cannot recommend Eric, Bill, or Mormonism 101 for Teens: The Religion of the Latter-day Saints Simplified more highly.