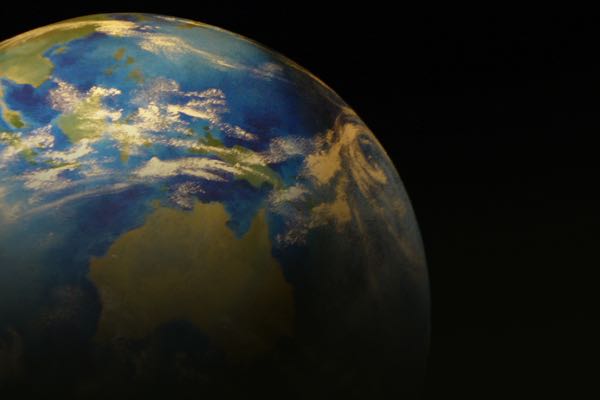 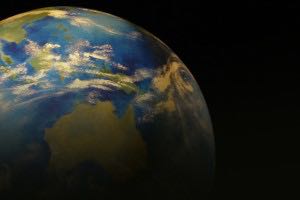 The just so appearance of “fine-tuning” in our universe is rather uncontroversial amongst scientists and cosmologists. Even Paul Davies (who is agnostic when it comes to the notion of a Divine Designer) readily stipulates, “Everyone agrees that the universe looks as if it was designed for life.” The foundational, regional and locational conditions of our universe, solar system and planet are delicately balanced and finely calibrated. The slightest modification of these conditions would be disastrous for life. The delicate requirements for the existence of galaxies, star systems, and planets capable of supporting “intelligent observers” are incredibly fragile. In my book, God’s Crime Scene, I describe the nature of foundational, regional and locational conditions in the context of a crime scene I investigated many years ago. The evidence I observed in these layers led me to conclude an external suspect had tampered with the scene to cause a death. In a similar way, it appears the layered conditions of the universe have been “tampered with” to cause the emergence of life.

Our tiny planet also exhibits locational properties of fine-tuning necessary for life. Earth’s local conditions exhibit an array of equally unlikely characteristics that give us reason to be “suspicious.” Here are just four of the many ways our planet is fine-tuned for life:

The Earth’s Relationship to the Sun Is Favorable to Life:
Earth orbits the sun within a tight “habitable zone” that is highly statistically unlikely for a planet. If Earth were very slightly more distant from—or slightly closer to—the sun, a stable water cycle would be impossible. Also, small changes in the orbital tilt of our planet, or minor variations in the tilt of Earth’s axis, would disallow our climate. The length of rotation matters, too. If Earth had a slower one, our days would be too hot and our nights too cool to support life; shorter, and the wind speeds would be too extreme.

The Earth’s Atmospheric Conditions Are Favorable to Life:
The surface gravity of Earth is critical to its ability to retain an atmosphere friendly to life. If Earth’s gravity were stronger, our atmosphere would contain too much methane and ammonia. If our planet’s gravity were weaker, Earth wouldn’t be able to retain enough water. As it is, Earth’s atmosphere has a finely calibrated ratio of oxygen to nitrogen—just enough carbon dioxide and adequate water vapor levels to promote advanced life, allow photosynthesis (without an excessive greenhouse effect), and to allow for sufficient rainfall.

The Earth’s Terrestrial Nature Is Favorable to Life:
Earth’s crust thickness must lie within a particular range in order to support life. A thicker crust would negatively impact the quantity of oxygen in our atmosphere; a thinner crust would result in excessive volcanic activity and unstable tectonic plates. In fact, Earth’s crust allows limited seismic activity, resulting in nutrient recycling and carbon dioxide release without destroying all life on the planet. The nutrient and mineral concentrations of Earth’s crust also fall within life-permitting ranges.

The Earth’s Relationship to the Moon Is Favorable to Life:
While other planets have an orbiting moon; ours is critical to our existence. Our large Moon is just the right size to stabilize Earth’s orbit and rotation, limiting the variations in our climate and temperature. Without a large moon, the axis of our planet would likely have wobbled dramatically—perhaps by as much as 90 degrees. The role of the Moon cannot be underestimated. Astronomer Donald Brownlee and paleontologist Peter Ward write, “Without the Moon there would be no moonbeams, no month, no lunacy, no Apollo program, less poetry, and a world where every night was dark and gloomy. Without the Moon it is also likely that no birds, redwoods, whales, trilobite, or other advanced life would ever grace the earth.” 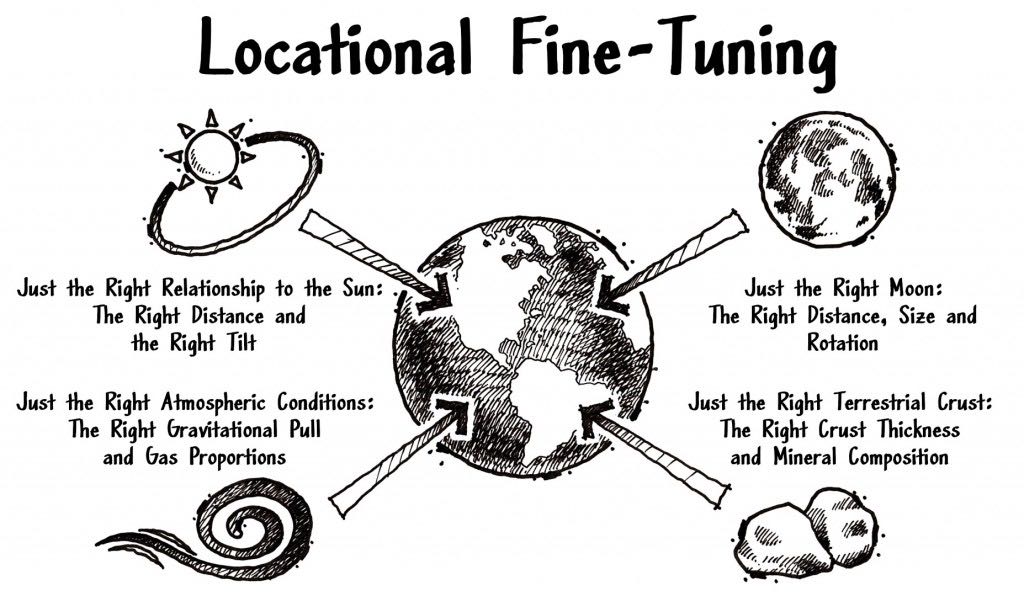 Like the death scene I investigated, the layers of foundational, regional, and locational evidence in the universe show signs of “tampering.” The forces governing atomic structure, the matter of the universe and the creation of chemicals are conveniently aligned to allow life’s existence. Even tiny changes in these forces have disastrous consequences for life. Similarly narrow ranges exist related to our galaxy and planet. While the appearance of fine-tuning in any one of these cosmic parameters might not be all that compelling, the cumulative nature of these conditions obligates us to seek an explanation.

The forces governing atomic structure, the matter of the universe and the creation of chemicals are conveniently aligned to allow life’s existence. Click To Tweet 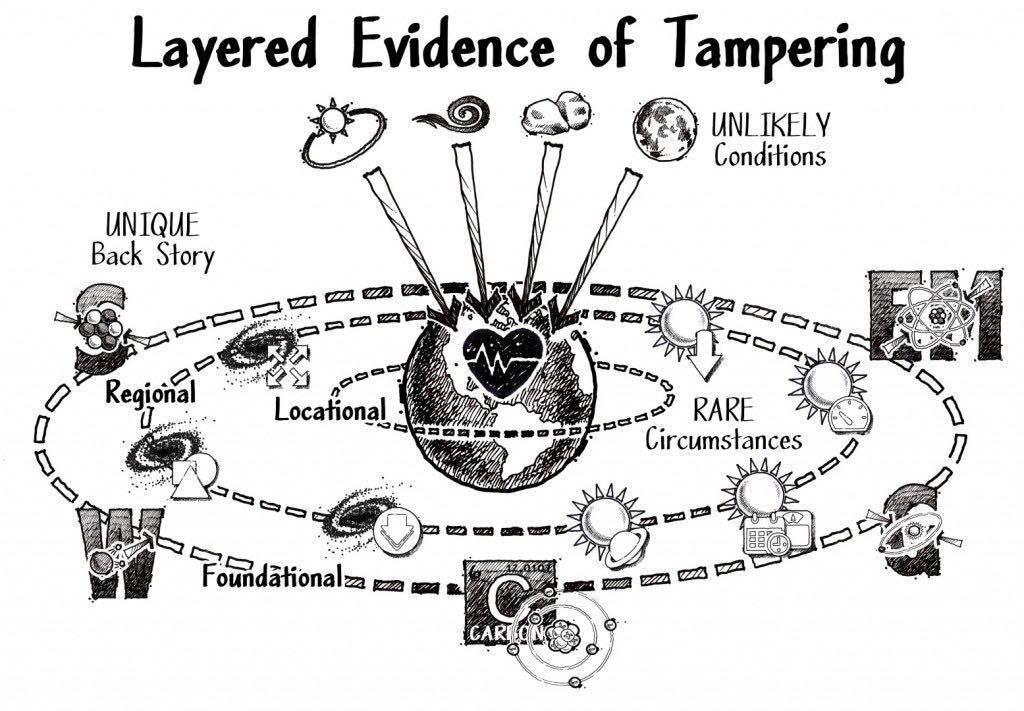 Those who seek to explain this fine-tuning without invoking the existence of a Fine-Tuner, either (1) deny the need for fine-tuning related to the emergence of life, (2) argue fine-tuning is the result of chance or physical necessity, or (3) try to explain fine-tuning as a simple “observational phenomenon”. In God’s Crime Scene, I demonstrate (in detail) why these naturalistic explanations fail to account for the evidence. The appearance of fine-tuning in the universe is part of an overwhelming cumulative case for the existence of God. For more information about the fine-tuning of the universe, please refer to God’s Crime Scene, Chapter Two – Tampering With the Evidence: Who Is Responsible?