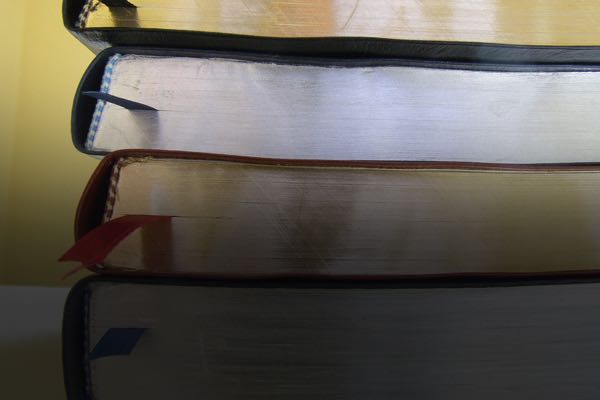 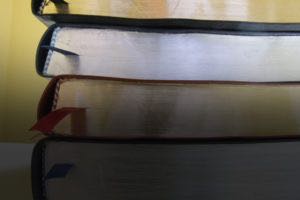 On Easter Sunday, NBC aired Jesus Christ Superstar Live In Concert, featuring John Legend as Jesus. After watching one of the rehearsals earlier in the week, Legend’s girlfriend, Chrissy Teigen, tweeted: “John said there would be leopards today. But it’s lepers. I uh, am not good with the Bible.” Teigen’s unfamiliarity with the Bible (as exampled by her mistaking lepers for leopards) is not unusual. Most Christians, according to recent polls, also have little idea what the Bible teaches.

A study conducted by Lifeway found that while nearly 87% of American households possess a Bible, most who live in these homes (53%) barely open them. A scant 19% of Christians say they read the Bible every day, and only 20% report thinking about Biblical truths throughout the day. As a result, Christians may not only be surprised to find lepers in the Bible, they may also be shocked to learn what it teaches about God.

A 2017 Barna Group study (in association with Summit Worldview Ministries) found that only 17% of “Christians who consider their faith important and attend church regularly actually have a biblical worldview.” 61% held views rooted in New Spirituality, 54% resonated with postmodernist views, 36% accepted ideas grounded in some form of Marxism, and 29% held secularist views. Another Barna survey found that only 51% of Senior Pastors in Protestant churches held a biblical worldview. Christians (and their leaders), don’t seem to know what the Bible teaches. An American Culture and Faith Institute Study found that only 58% of Christians believe that Satan exists, only 52% believe that Jesus Christ lived a sinless life, and only 47% believe that “absolute moral truth exists and is found in the scriptures.” Most Christians surveyed also said that it was possible to earn your way into heaven. In case you’re wondering, none of these positions are Biblically sound – Christians, for the most part, are “not good with the Bible.”

This is why Christianity is less influential than ever before in America – its ambassadors don’t know who – or what – they are representing.

I am Christian, and I don’t want to represent Christianity the same way I represent California. I was born and raised in Los Angeles County, and I investigated murders here for most of my law enforcement career. I’ve got a right to call myself a Californian, even though I am a pretty poor ambassador. Without doing some research online, I’d have a difficult time telling you when the state of California was founded or how the state government operates. I can’t even tell you if there are any official core values or mission statements. In many ways, I’m a crummy ambassador for my state – I’m “not good with the facts about California.”

I know better than to take this approach as a Christian. I might be able to call myself a Californian based on my being born and raised here. But when challenged by an increasingly secular culture, Christians need to be able to offer more than “I was born and raised in the church.” We had better be able to explain what Christianity proposes and why these propositions are true. We’ll need something more than an uninformed, blind faith. If we want to call ourselves Christians and have a positive influence on the world around us, we’ll need an informed, forensic faith that can stand up in the marketplace of ideas. Christians need to understand the difference between a leper and a leopard. We need to be “good with the Bible.”