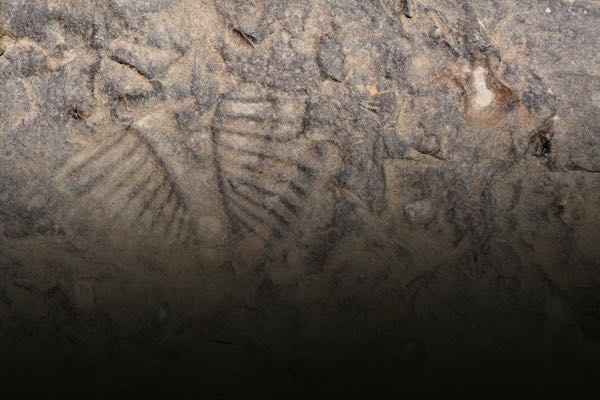 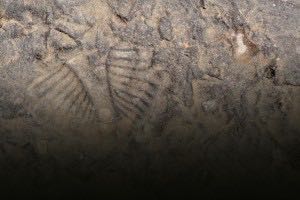 The “appearance of design” in biological organisms is rather uncontroversial, even amongst atheists who reject the existence of a Designer. Richard Dawkins would be the first to agree: “Biology is the study of complicated things that give the appearance of having been designed for a purpose.” Many other scientists affirm this observation and extend it to include the larger ecosystems in which many symbiotic organisms are dependent on one another for their survival. Smith College professor of biological sciences, Robert Dorit says, “The apparent fit between organisms seems to suggest some higher intelligence at work, some supervisory gardener bringing harmony and color to the garden.” For scientists looking for an explanation within the “garden” to avoid the inference of an external “supervisory gardener,” this appearance of design is difficult to explain.

One cellular micro-machine remains the iconic “poster child” for an external intelligent cause related to the design we observe in molecular organisms. Some bacteria swim by rotating a long filament in a whip-like fashion. This spinning motor assembly is called a flagellum. Bacterial flagella are incredibly difficult to explain for scientists who recognize them as a marvel of machine-like precision. Harvard biophysicist Howard Berg has publicly described the bacterial flagellum as “the most efficient machine in the universe.”

In an effort to nullify the powerful design inference from the irreducible complexity of the flagellum, some have offered a “short cut” of sorts. Philosopher Robert T. Pennock believes the complex flagellum can be formed through an evolutionary process whereby a less complex micro-machine is borrowed from within the cell and used to build something new. Some scientists have suggested Type III secretion systems (T3SS) as a perfect example of one of these borrowed micro-machines. T3SS are needle-like sensory probes used by bacteria. They detect the presence of organisms the bacteria can infect and secrete proteins to aid the infection process. T3SS share many common proteins and are constructed similarly to bacterial flagella. 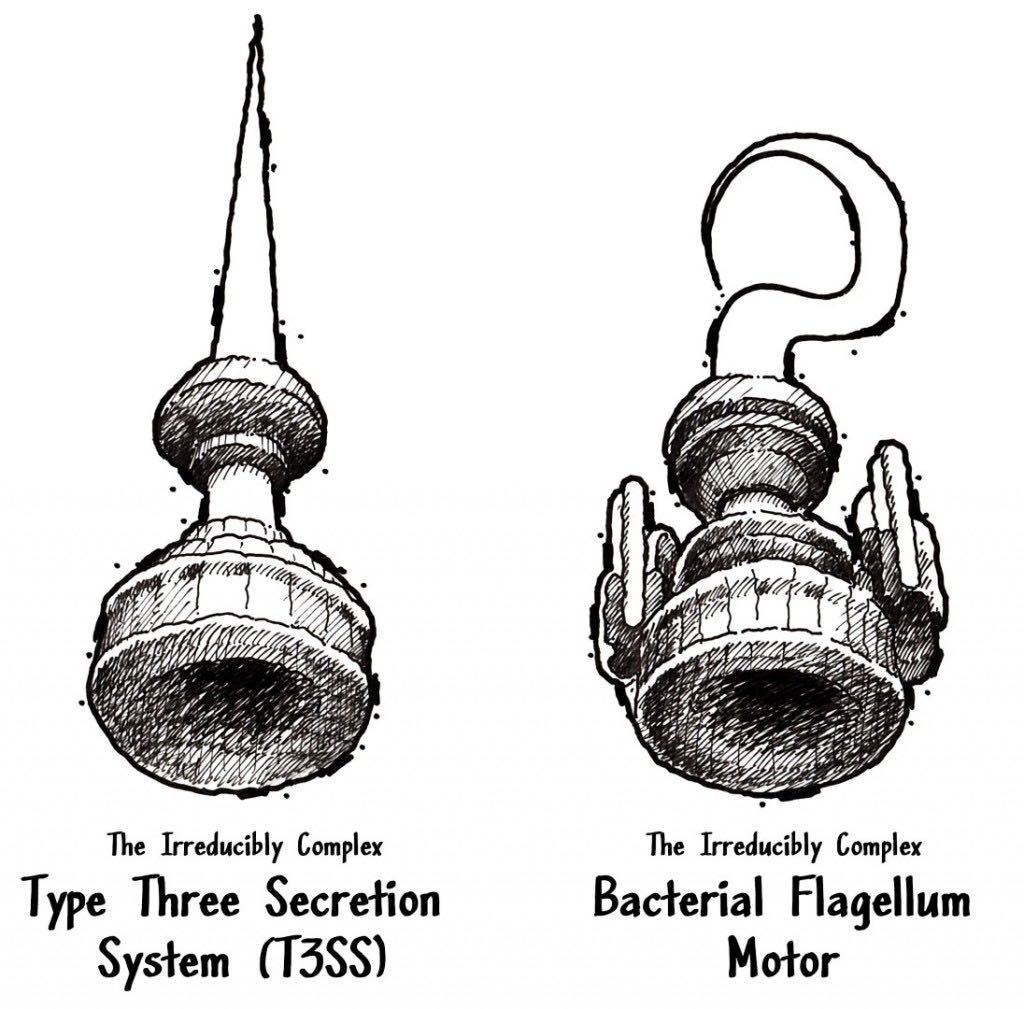 Scientists sometimes offer these T3SS in an effort to explain how evolutionary processes could jump the divide from a single protein to the complexity of flagellum. By borrowing the T3SS, flagella have a significant head start in their construction. This approach is problematic, however:

The Borrowed Micro-Machine is Also Irreducibly Complex
T3SS are just as remarkably irreducible as flagella. The T3SS is constructed from approximately 30 different proteins; it’s one of the most complex secretion systems observed in biology today. Like the flagellum, T3SS requires the minimal configuration of these proteins to function. It cannot be offered as an ultimate explanation for irreducible complexity because its own irreducible complexity requires an explanation.

William Dembski describes it this way: “What you have here is not a fully articulated path but an island (the Type III secretory system) and a huge jump to the next island (namely, the flagellum). If evolution is going to try to explain how you can island-hop from Los Angeles to Tokyo, basically what the evolutionist has found is the Hawaiian Islands and nothing else. What the evolutionist has not found is the entire archipelago [group of connected islands] that will take you across.”

The Pathway To and From the Borrowed Micro-Machine is Evidentially Unsupported
Dembski has correctly identified the problem facing those who deny the design inference from irreducible complexity. There is no evidence to explain the gradual evolutionary progression to the irreducibly complex T3SS (from a single protein), nor any evidence to explain the gradual evolutionary progression from the T3SS (to the flagellum). While many naturalists offer the T3SS as a beacon of hope, they are unable to describe the step by step evolution from a protein to the complex T3SS.

University of Rochester biologist, H. Allen Orr, recognizes the deficiencies in evolutionary explanations dependent upon wholesale borrowing: “We might think that some of the parts of an irreducibly complex system evolved step by step for some other purpose and were then recruited wholesale to a new function. But this is also unlikely. You may as well hope that half your car’s transmission will suddenly help out in the airbag department. Such things might happen very, very rarely, but they surely do not offer a general solution to irreducible complexity.”

The proposals offered by scientists attempting to account for the flagellum by borrowing from the T3SS are fanciful but unsupported. When examining these proposals, look carefully at the intermediate constructions required to get from one micro-machine to another. When these pathways are carefully examined, they reveal critical dilemmas and obstacles.

The Borrowed Micro-Machine May Not Be Available for Borrowing
To make matters worse, naturalistic evolutionists are increasingly skeptical of the alleged evolutionary contribution TS33 might make to the flagellum. Many experts recognize the structural similarities between the two micro-machines but reject any particular evolutionary hierarchy, order or pathway. Several scientists believe the T3SS is not an evolutionary precursor to flagella, but is more reasonably a product of devolution from flagella.

If the T3SS was unavailable prior to the existence of flagella, it cannot be offered as an explanation for flagella. Researcher Jonathan Witt summarizes the resulting multifaceted problem: “One, the micro-syringe at best accounts for only ten proteins, leaving thirty or more unaccounted for, and these other thirty proteins are not found in any other living system. Second, as a wider body of literature suggests, the system probably developed after the more complicated flagellum, not the other way around. Finally, even if nature had on hand all the right protein parts to make a bacterial flagellum, something would still need to assemble them in precise temporal order, the way cars are assembled in factories. How is such a task presently accomplished?”

If the search for evolutionary explanations from “inside the room” fails to overcome the strong inference of design in biological structures, are we warranted in looking “outside the room” for an explanation? I think we are, especially when the best explanation for seven other pieces of evidence “inside the room” of the natural universe is also found “outside the room”. I describe the evidence for design (along with the other seven pieces of evidence) in much greater detail in my new book. This blog post is an excerpt from God’s Crime Scene, Chapter Four – Signs of Design: Is There Evidence of An Artist?