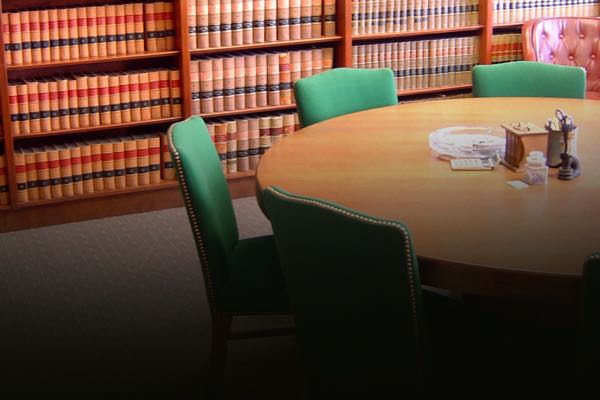 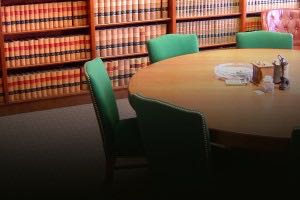 How are we to account for the existence of objective, transcendent moral truths? Some philosophers, like Sam Harris, believe “moral values are really questions about the well-being of conscious creatures.” Well-being (also described as human “flourishing”) is, according to Harris, the purpose of our existence as human beings. Since human biology transcends human culture, moral truths (if they are rooted in human biology), would also transcend culture. As a result, we can account for the existence of objective, transcendent moral truths without having to ground them in a transcendent moral truth-giver (like God). Harris believes these kinds of truths are simply grounded in the well-being of our entire species, and according to Harris, can be ascertained and apprehended by simply studying the science of human flourishing. Harris argues “that science can, in principle, help us understand what we should do and should want—and, therefore, what other people should do and should want in order to live the best lives possible. There are right and wrong answers to moral questions, just as there are right and wrong answers to questions of physics, and such answers may one day fall within reach of the maturing sciences of mind.” But this attempt to ground objective, transcendent moral truths in human biological flourishing is misguided for several reasons:

This View Assumes a Moral Definition of “Well-Being”
What is Harris’ definition of “well-being” in the first place? Is it merely survival, or is it a particular kind of survival? Even philosophers who hold this view readily admit some behaviors (like subjugating slaves and stealing the resources of opposing groups) can actually aid in the survival of a people group. But these same thinkers simultaneously believe these kinds of behaviors are detrimental to the group’s well-being. This implies, however, there’s a right way to survive and a wrong way. Did you spot the logical inconsistency here? Those who believe the pursuit of human well-being is the origin of moral truth, begin with a definition of well-being already infused with moral truth. Who gets to determine the right or wrong way to survive or flourish? This approach to moral truth argues for something more than mere biological survival of the fittest. It argues for a kind of moral survival (described as “well-being”) before it has adequately explained the source for moral truth. 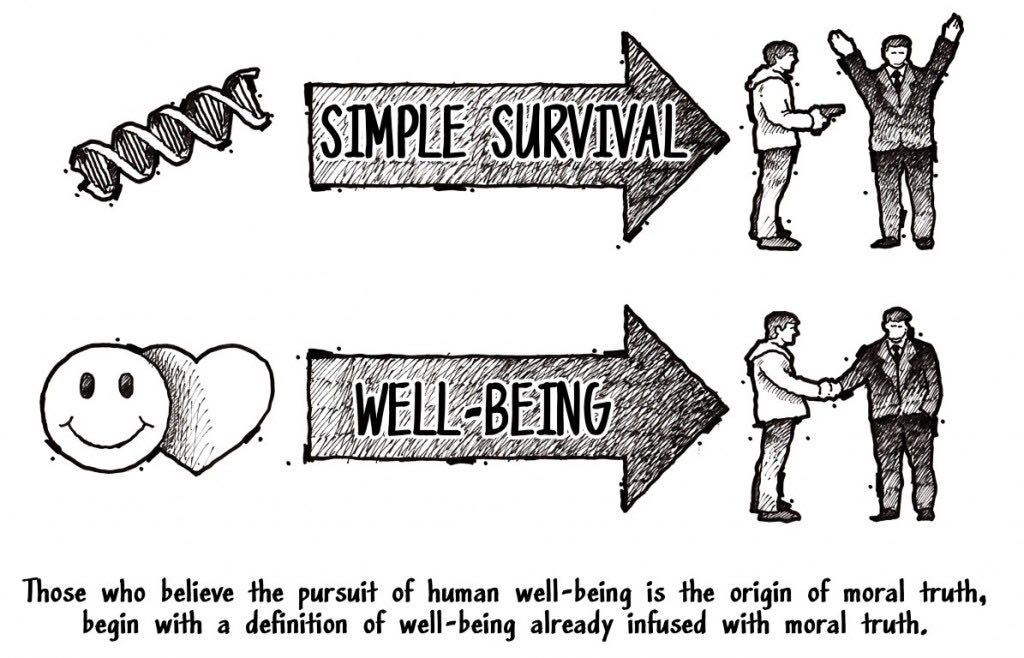 An Illustration from God’s Crime Scene Those who believe the pursuit of human well-being is the origin of moral truth, begin with a definition of well-being already infused with moral truth. Click To Tweet

This View Fails to Determine Whose Well-Being Is Most Important
Why would any of us consider the well-being of strangers prior to the well-being of our own families and communities? If history is any indicator, humans are far more inclined to care for themselves than for others, even when the activities of their own group may ultimately harm the survivability of the entire species. Who gets to define “flourishing” when cultures and individuals disagree about notions of happiness, compassion, contentedness, or physical and psychological health? When competing interests collide, whose definitions (and whose well-being) warrants our consideration? As philosopher Patricia Churchland observes, “no one has the slightest idea how to compare the mild headache of five million against the broken legs of two, or the needs of one’s own two children against the needs of a hundred unrelated brain-damaged children in Serbia.”

This post is but a brief summary; for a more robust discussion of this topic (including a detailed examination of other explanations atheists and theists provide for the existence of moral truths, please refer to God’s Crime Scene, Chapter Seven – Law and Order: Is Morality More Than An Opinion?