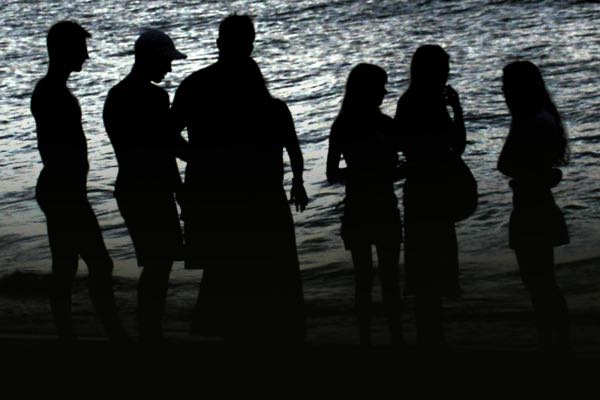 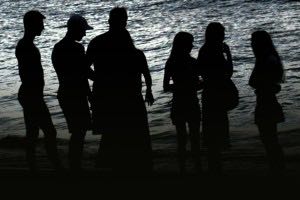 For many of us, the transcendent, objective nature of moral truth seems rather self-evident. To “super-size” the point, all of us would agree it’s never morally acceptable to torture babies for the fun of it. For that matter, it’s never morally acceptable to torture anyone for the fun of it. This is a transcendent, objective moral truth claim; it applies to all of us, regardless of who we are, where we are on the planet, or when we’ve lived in history.

There are many similar transcendent, objective moral truths, even though groups often try to justify their seemingly immoral behaviors. In California, for example, there are several legal justifications for homicide. Police officers can use whatever force necessary—including deadly force—to overcome lethal resistance or to apprehend certain kinds of felons. Citizens can use whatever force is necessary—including deadly force—to stop a life-threatening attack or to protect the life of an innocent person. These are considered justified homicides (as opposed to unjustified homicides known as “murders”).

In a similar way, there are a number of transcendent, objective moral virtues accepted by humans throughout history, even though these are also sometimes nuanced by circumstances. As Oxford scholar C. S. Lewis said, “Men have differed as regards what people you ought to be unselfish to—whether it was only your own family, or your fellow countrymen, or everyone. But they have always agreed that you ought not to put yourself first. Selfishness has never been admired.”

Some naturalistic philosophers, in an effort to explain moral truth from “inside the room” of the universe, believe all moral truth is subjective rather than objective. In other words, subjects (people) are the ultimate source of what is “right” or “wrong.” According to this view, termed “moral subjectivism,” morality varies from person to person. Moral beliefs are based primarily on our subjective feelings, and because these attitudes are specific to each of us individually, they cannot be fairly assumed in others; they are simply personal opinions.

In addition, people often disagree about the moral status of a particular action or situation, and these disagreements are often irreconcilable. Moral subjectivists offer this as yet another reason to reject the existence of objective moral truth. While this does explain morality from “inside the room” of the universe (rooted in the individuals who live here), it lacks explanatory power:

This Approach Overestimates the Value of Feelings
The cause of a belief doesn’t always have much to do with whether or not the belief is true. There are often times when I call an arrestee’s mother to notify her of her son’s arrest. Some moms in this situation refuse to believe their kids could do anything wrong. Many even try to justify their son’s behavior and reject the “wrongness” of his actions. When my arrestee’s mothers refuse to see anything wrong with their sons’ behavior, do these maternal feelings preclude us from making a decision about whether or not their sons committed an immoral act? No. Feelings may follow from moral realities but we have to be careful not to allow feelings to dictate moral realities.

This Approach Eliminates Moral Debate
If moral subjectivism is true, people who disagree about the moral status of an act (as my arrestee’s moms and I might disagree), would be unable to argue for the rightness of their position. If these moms and I are the final individual determiners of what is right or wrong, none of us could appeal to anything higher than our own opinion to settle a moral disagreement. How could I think my position related to any crime was superior to the mothers of my arrestees? All of us would be grounding our moral decisions in the same level of authority: our personal authority. If morality is subjective, no one has the right to say he or she is morally correct or someone else is morally incorrect.

This Approach Leads to Moral Selfishness
If individuals are the source of all moral truth, what stops us from simply pursuing our own self-interests? In fact, ethical “egoists” believe each of us has a moral duty to advance what’s in one’s own long-term best interest. As a cold-case homicide detective, I can certainly testify to the selfishness I’ve seen in the humans I’ve arrested over the years. But I’m not the only one to observe this. Evolutionary biologist George Williams has chronicled the selfish behavior represented throughout the animal kingdom. If moral truth is rooted in the beliefs and opinions of subjects, why should anyone care about anyone other than himself or his own family or tribe?

Moral subjectivism simply cannot explain the existence of objective, transcendent moral truths. Worse yet, these kinds of moral truths are not mere brute facts about the universe, they’re not a product of culture, and they’re not a result of human biology or evolution. The best explanation for these kinds of moral truths (and obligations) is the existence of a transcendent, objective, personal moral law giver. This short blog is an excerpt from God’s Crime Scene. For more information and detail related to this topic, refer to Chapter Seven – Law and Order: Is Morality More Than An Opinion?