J. Warner September 8, 2014 Other Worldviews, Writings Comments Off on A Brief Overview of the Christian Science Worldview 8,924 Views 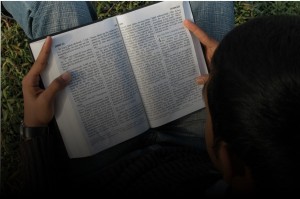 Every worldview has to answer three important questions. First, “How did we get here”? This question is foundational to how we see the world around us and to how we understand our role within that world. Secondly, worldviews must answer the question, “How did things get so messed up?” All of us know there is something broken about the world in which we live and our worldview helps us to understand what has been broken. Finally, worldviews answer the question, “How can we fix it?” Worldviews begin with a claim about our origin, but ultimately must answer the most important questions of life. Christian Science offers answers to these three worldview questions. Let’s examine the history of Christian Science and its answers to the three most important worldview questions.

Mary Baker Eddy was born in Bow, New Hampshire on July 16th, 1821. She was the youngest of six children, and her parents raised her in a “Congregationalist” Christian church. She suffered a number of childhood illnesses leading her to examine the Biblical passages dealing specifically with healing. As she grew into a woman, her persistent illnesses continued. In 1862, at the age of 41, she became a patient of Phineas Quimby who was himself a “mesmerist” and “magnetic” healer. Quimby was a dualist who believed the mind was “spiritual matter” and man “exists outside himself”. He saw the mind and the brain as two separate entities interacting with each other, and he developed a theory of “mental healing”. He believed disease was simply the result of faulty thinking and his work with Mary Baker Eddy was formative to her own writing and theological thinking.

In 1866, at the age of 45, Eddy suffered a fall and a spinal injury. She turned to the Bible for answers and recovered from the injury quickly (and unexpectedly). She spent the next three years studying the Bible and forming the basis for Christian Science as a philosophy of mind, a theory of healing, and a theological system. She tested her theories for several years and eventually published “Science and Health” (later re-titled as “Science and Health with a Key to the Scriptures”) in 1875. She advanced this theological view and theory of science by establishing the Christian Science Church from students she taught at the Massachusetts Metaphysical College in the 1880’s. Today, there about 100,000 members of Christian Science in over 60 countries. They use the Bible and “Science and Health with a Key to the Scriptures” as their two sacred texts.

“Jesus is the name of the man who, more than all other men, has presented Christ, the true idea of God, healing the sick and sinning and destroying the power of death” (Science and Health, 473:10-17).

While Eddy taught creation is a product of the Divine Mind, she described God’s creation as entirely spiritual and perfect. According to Eddy, matter, sin, sickness and death do not exist. While we may think these material things exist around us, we are simply mistaken; they are an illusion:

“The only reality of sin, sickness, or death is the awful fact that unrealities seem real to human, erring belief, until God strips off their disguise” (Science and Health, 472:27-29).

Christian Science teaches we are bound by the material world until we finally understand it is not real. Once we accept matter, sin, sickness and death as illusions, we too will have power over them. God is spiritual and cannot be sick. Man, as his creation, is an eternal, spiritual being who has been deceived into thinking there is a material world where sickness and sin have power. Sickness is simply an imagining of what Eddy called the “Mortal Mind”. Here is a brief summary of these ideas as described in the Christian Science “Scientific Statement of Being” recited as a creed in Christian Science churches:

There is no life, truth, intelligence, nor substance in matter. All is infinite Mind and its infinite manifestation, for God is All-in-all. Spirit is immortal Truth; matter is mortal error. Spirit is the real and eternal; matter is the unreal and temporal. Spirit is God, and man is His image and likeness. Therefore man is not material; he is spiritual. (Science and Health, 468:9-15)

Mary Baker Eddy taught the Bible was full of errors and was only useful when interpreted by her own writing, “Science and Health with a Key to the Scriptures”. In this volume, Eddy rejected Genesis chapter 2 as a corruption (a “lie”) and relied on Genesis chapter 1 to make a case for humans as completely spiritual creatures who have nothing to do with matter (Genesis 2 links the creation of man to the dust of the ground). Creation Science describes humans as a purely spiritual and immaterial creation of a spiritual and immaterial God.

How Christian Science Answers the Question:
“How Did It Get So Messed Up?” (What Separates Man from God?)
If God is the spiritual, immaterial creator of all things and His creations are purely spiritual, the problem with the world we live in is simple: we have been deceived into thinking matter, sin, illness and death exist when, in fact, they don’t. How did this happen? Christian Science teaches our deception is the result of the Devil, but it defines the Devil as “evil; a lie; error… a belief in sin, sickness, and death…” or a belief in the material world. The Devil is not a person, but a belief:

“I am life and intelligence in matter. There is more than one mind, for I am mind, – a wicked mind, self made or created by a tribal god and put into the opposite of mind, termed matter, thence to reproduce a mortal universe, including man, not after the image and likeness of Spirit, but after its own image” (Science and Health, 584:20-25)

This is our dilemma; we are deceived by a false belief in the material world and a false belief we are independent material beings. We must overcome these beliefs before we can ever hope to solve the problems we have in a world filled with sin, death and illness. While we may see evil all around us, Christian Science describes this evil as an illusion:

In this worldview, evil is not actually “real” at all. Evil may appear to be real, but it is actually a mistaken view of God and man. Christian Science teaches God and His creation (as spiritual realities alone) are entirely good. As humans, deceived by our perception of the material world, we often have thoughts and engage in actions contrary to our God-given goodness. When this happens, we suffer in some way. In essence, we experience what we think is evil because we have simply misconceived the nature of our world. While God has created all things to be good, we continue to “misunderstand” His creation and then “misapply” the principles of His creation, resulting in the suffering we experience on earth.

How Christian Science Answers the Question:
“How Do We Fix It?” (How Can We Be Reunited with God?)
So how can we “fix” this misunderstanding and misapplication? The Orthodox Christian worldview promises a new life in Heaven with the God who created us, but Christian Science rejects the idea of heaven as the abode of God. For the follower of Christian Science, heaven and hell are simply states of mind. Heaven is described as:

“Harmony; the reign of Spirit; government by the divine Principle; spirituality; bliss; the atmosphere of Soul.” (Science and Health, 587:25-27)

In a similar way, hell is described as:

As a result of these beliefs about heaven and hell, the follower of Christian Science is not trying to escape the judgment of God and the destiny of hell as a place of eternal punishment, but is instead trying to liberate himself (or herself) from the illusion of the material world. Heaven (the “harmony” and “reign of the Spirit”) can be achieved if we can simply learn the truth and connect to the mind of God. The “salvation” of Christian Science is defined as:

“Life, Truth, and Love understood and demonstrated as supreme over all; sin, sickness and death destroyed” (Science and Health, 593:20-22)

“The highest human corporeal concept of the divine idea, rebuking and destroying error and bringing to light man’s immortality. (Science and Health, 589:16-18)

Eddy described Jesus as the vehicle by which God presented the “Christ” which is defined as:

“The divine manifestation of God, which comes to the flesh to destroy incarnate error. (Science and Health, 583:10-11)

Jesus saves us, but not by way of the “substitutionary atonement” described in orthodox Christianity. Instead, Jesus is the vehicle through which God imparts the correct view of the spiritual world. Christian Science teaches we can access the truth of God through prayer as a means of learning about God’s nature so we can begin to see things as He sees them. In prayer we are to do more than ask for a specific result; we are to ask for clarity of what is truly happening at the spiritual level and claim the good existing at this level. When this is done, the follower of Christian Science expects a renewed view of the situation to emerge. If the believer was falsely deluded into thinking he or she was sick, for example, the new spiritual awareness of the unseen reality will cure this false notion and the believer will be “healed”.

Followers of Christian Science believe their faith is perfected over time; they get better and better at discerning the illusion of the material world as they learn more and more about the character of God and the spiritual world (through prayer). For this reason, they believe (in theory at least) the more they practice their faith, the more they will overcome the illusion of sickness, sin and even death. By this view, it should be possible for a faithful Christian Scientist to be illness free and immune from death.

Every worldview must be internally and externally coherent. The challenge for Christian Science appears to exist at both levels. There are a number of philosophical and Biblical questions exposing the internal contradictions of the worldview. We’ll examine some of these in tomorrow’s post.