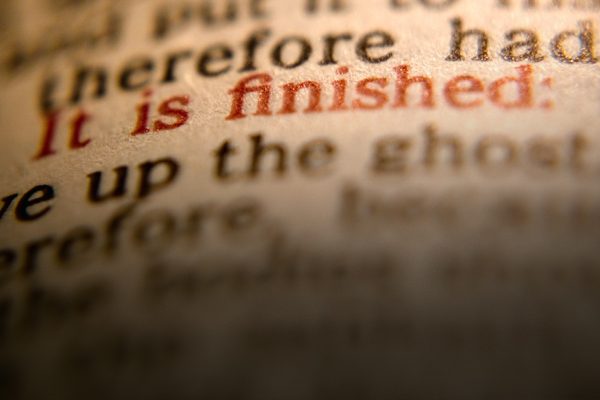 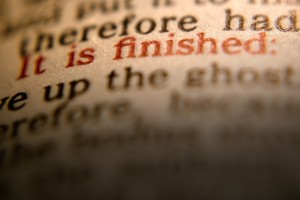 I often wonder precisely when the disciples of Jesus realized their important role in Christian History. As these men sat at the feat of Jesus and listened to everything He had to say, did they realize they would someday testify to everything He said and did? Most eyewitnesses I’ve interviewed in my casework had no idea they would later be called into a jury trial to testify about what they heard or observed. As a result, they sometimes regret not paying better attention when they had the opportunity. But the disciples of Jesus had a distinct advantage over modern eyewitnesses in this regard. They were students of Jesus. Unlike spontaneous, unprepared witnesses of a crime, the disciples were desperately attentive to the words and actions of Jesus, and I imagine their attention to detail became even more focused with each miraculous event. For this reason, the authors of the gospels became excellent eyewitnesses and recognized the importance of their testimony very early.

While Jesus walked here on earth, His followers studied and learned from His actions and words. They were often mesmerized, confused and challenged by what they saw and heard. In spite of this, Jesus taught them and occasionally sent them out on their own. They memorized His teaching and relied on his wisdom when they weren’t with Him. We don’t know how much (if anything) these eyewitnesses wrote down during this time. Did the disciples take notes? Did they keep a journal? While Jesus was alive, the disciples likely felt no need to write down his words. The Word was witnessed in these incredible days, as men and women stood in awe of the Master, watching Him perform miracles and listening carefully to what He taught about God and eternal life.

During the first years following Jesus’s ascension, the apostles still may not have written immediately about Jesus. Why not? A careful reading of the Scripture will reveal a common theme: Many of the early authors of the New Testament expected Jesus to return before there would ever be a need for a multi-generational eyewitness record. They worked urgently to tell the world about Jesus, believing He would return to judge the living and the dead within their lifetime. In the days of the Apostles, the Word was heard, as the apostles preached to the world around them. But as the Apostles began to be martyred (and those who remained realized Jesus might not return in their lifetime), the need for a written account became clear. James, the brother of John was killed in 44AD (Stephen was killed even earlier), and not long afterward, the gospels began to emerge. The eyewitness gospel authors wrote down what they had seen so the world would have a record.

Following the deaths of the apostles, the early believers and leaders received the apostolic eyewitness accounts and regarded them as sacred. They knew the original eyewitnesses had vanished from the scene and they wanted to retain a faithful record of their testimony. From the earliest of times, these Christians coveted the New Testament writings. In the days of the early Church Fathers, the Word was read, as the sacred Gospels and letters were carefully protected. The earliest believers accepted the gospels and letters of the New Testament as eyewitness accounts because the authors of these texts considered their own writing to be authoritative, eyewitness Scripture:

The apostles understood their experiences as eyewitnesses were unique, and they called for these eyewitness accounts to be read by all believers. Paul recognized both the Old Testament writings and the New Testament writings were sacred and God-given. He considered both to be Scripture:

1 Timothy 5:17-18
The elders who direct the affairs of the church well are worthy of double honor, especially those whose work is preaching and teaching. For the Scripture says, ‘Do not muzzle the ox while it is treading out the grain,’ and ‘The worker deserves his wages.’

In this passage, Paul quoted both Deuteronomy 25:4 and Luke 10:7 (“The worker deserves his wages”). He referred to both passages as Scripture. It’s clear the New Testament Gospels were already in place at the time of this writing, and it’s also clear that believers were reading these Gospels as Scripture. Peter also attested to Paul’s writings as Scripture when writing his own letters to the early Church:

2 Peter 3:14-16
Bear in mind that our Lord’s patience means salvation, just as our dear brother Paul also wrote you with the wisdom that God gave him. He writes the same way in all his letters, speaking in them of these matters. His letters contain some things that are hard to understand, which ignorant and unstable people distort, as they do the other Scriptures, to their own destruction.

In addition to this, it is clear the New Testament letters were being read and circulated among the churches as authoritative eyewitness Scripture and revelation from God:

Colossians 4:16
After this letter has been read to you, see that it is also read in the church of the Laodiceans and that you in turn read the letter from Laodicea.

1 Thessalonians 5:27
I charge you before the Lord to have this letter read to all the brothers.

What Was the Most Difficult Challenge You Investigated in the Gospels? (Video)

What challenges face Christians related to the reliability of the Gospels? How can we overcome these challenges? Is there one challenge that looms greater...