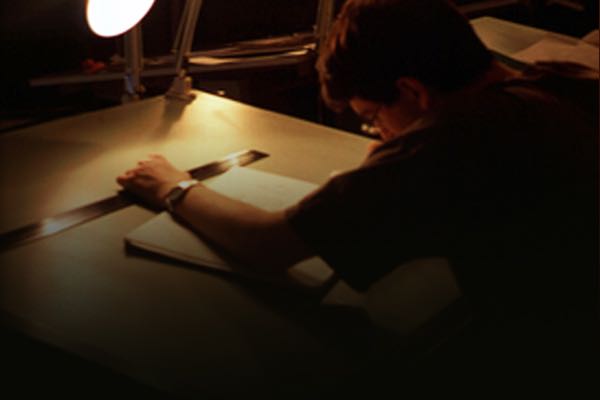 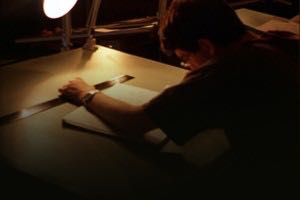 Much has been written about the evidence for design in biological organisms. In fact, the appearance of design is largely uncontroversial. Even famed atheist and evolutionist, Richard Dawkins has written, “Biology is the study of complicated things that give the appearance of having been designed for a purpose.” But what, precisely, are the attributes of design most of us believe (either consciously or unconsciously) are most reasonably explained by an intelligent designer? In my new book, God’s Crime Scene: A Cold-Case Detective Examines the Evidence for A Divinely Created Universe, I make a case for Intelligent Design based on the contributions of many great scientists and thinkers, my own experience as a designer (my education and training is in design and architecture) and my professional investigative career as a detective. The result: a cumulative case approach to the appearance of design and the reasonable inference of an Intelligent Designer. I believe there are eight attributes of design we employ when reasonably inferring the existence of a Designer. To make them easier to remember, I’ve assembled them in an acronym (DESIGNED):

D- Dubious Probability (Given Chance)
Is random chance an insufficient explanation for the formation and assembly of the object we are examining?

E -Echoes of Familiarity
Does the object resemble other structures we know (with certainty) were designed by intelligent designers?

I – Informational Dependency
Is there any evidence the object was directed and created by way of instructional information?

G – Goal Direction (and Intentionality)
Does the form and assembly process of the object process to be goal-directed?

N – Natural Inexplicability (Given Laws of Physics or Chemistry)
Are the laws of physics and chemistry insufficient to account for the form and function of the object?

Like every cumulative case built on a collection of seemingly innocuous pieces of evidence, no single aspect of the case may appear all that compelling. But the cumulative collection of evidences, when they all point to the same reasonable inference, provide us with good reason to believe an intelligent agent has been involved in the design process. In God’s Crime Scene, I provide an example of this kind of reasonable inference from my own casework. In one cold-case from 1979, the responding officers discovered a garrote at the scene of the crime. As I describe in the book, they immediately recognized it as an intelligently designed weapon. Why? Because the garrote demonstrated all the characteristics of design we’ve just described: 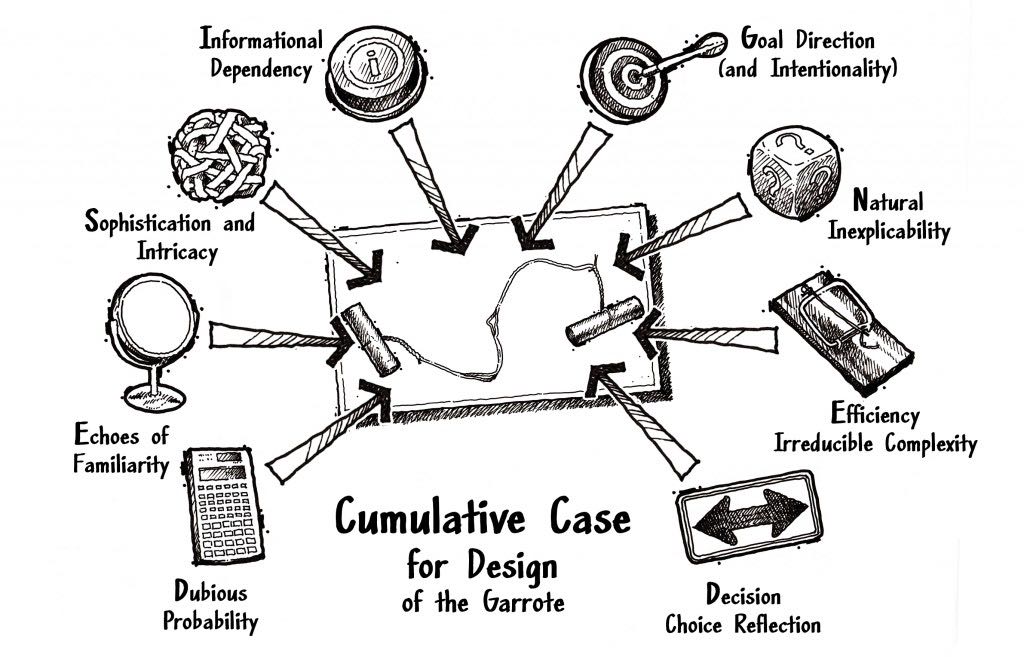 All Illustrations from God’s Crime Scene

I explain this in much greater detail in the book, of course, but this simple illustration graphically depicts the nature of the cumulative case. As it turns out, this cumulative template can be applied to any object we are evaluating for the evidence of design. Let’s take a look, for example, at something with which we are all familiar: a bird’s nest. We know intelligent agents (birds) are responsible for the design of the nest because, like the garrote, the nest displays some (but not all) of the aforementioned attributes of design: 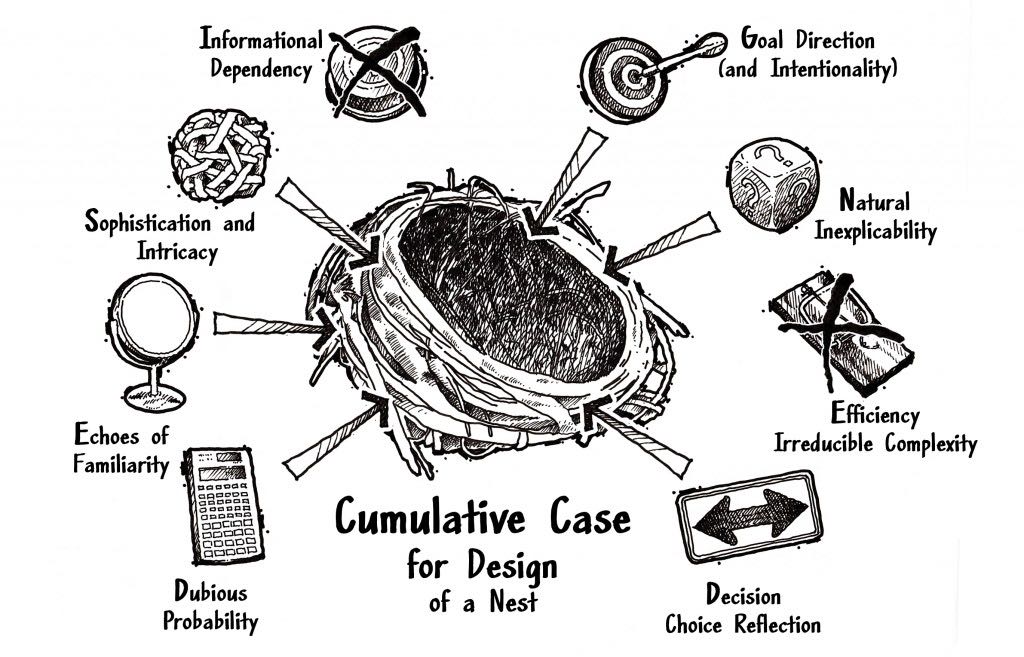 Notice that we don’t need all the attributes of design to be present in order to correctly infer the involvement of an intelligent agent, but the more attributes we identify, the more reasonable the inference. Now let’s turn a corner and examine a modern icon of the Intelligent Design movement, the bacterial flagellum. This biological micro-machine propels bacteria much like a rotary engine. Discovered in the late 1970’s bacterial flagella display several attributes of design: 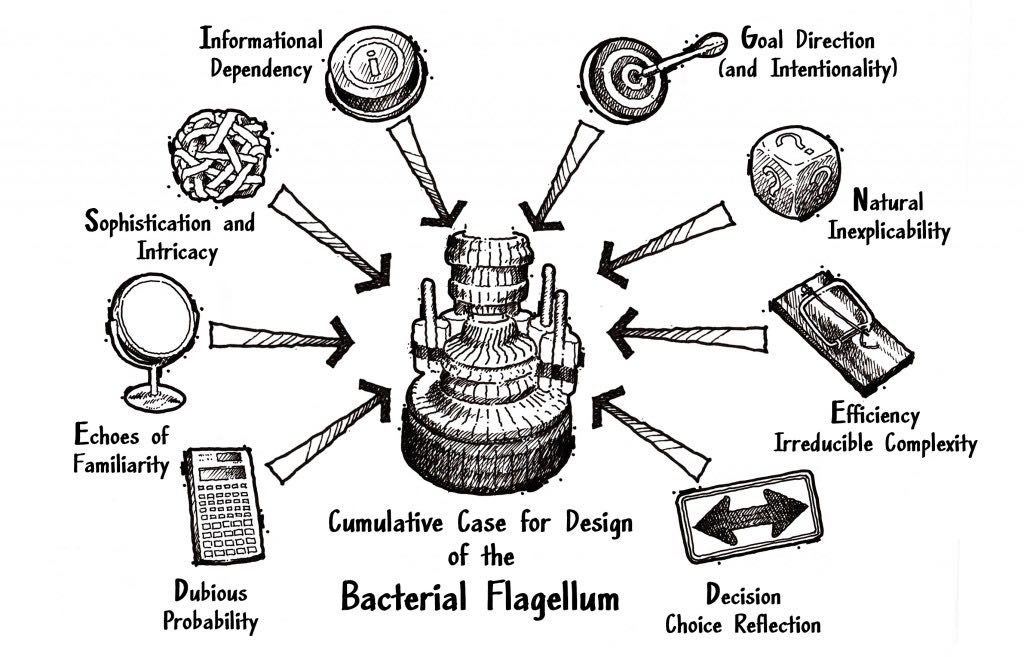